Imaginary numbers are transformations to expand and rotate an image 180 degrees by twice transforming. 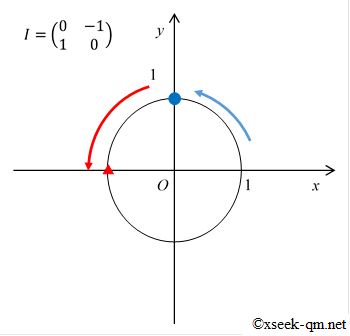 In the next article, we explain matrix representations of imaginary numbers.

I worried very much, when I learned imaginary numbers for the first time.

The real numbers which become -1 do not exist when they are squared. So I felt big uneasiness to suppose the existence of imaginary numbers. If we defined such strange numbers, I thought that contradiction might occur somewhere. However, the contradiction does not appear at all everywhere. It goes well, like a puzzle which the necessary pieces are fitting into. Therefore, I began to have a different question.

"Why it works, though we suppose the impossible number?"

Although I was continuing worrying with such a question, I met with a certain problem of mathematics one day. The problem defined the following matrix.


After I met this problem, I interpreted as follows.

"A symbol i of an imaginary number is an abbreviation of a matrix I".

I explain the meaning of the sentence, "an imaginary number is an abbreviation of a matrix". For example, we assume that we met the following quadratic equation.

We interpret this equation as the following equation of a matrix X.

Then, we naturally obtain the following solution.

We interpret this solution as the following solution.

My question was cleared by interpreting it like that. I was able to be convinced.

The explanation of complex numbers by matrices

So, I made the following article to guide the complex from the matrix. In the article, I call the above matrix I imaginary unit matrix or rotation unit matrix.

The strange operation rule of the matrices 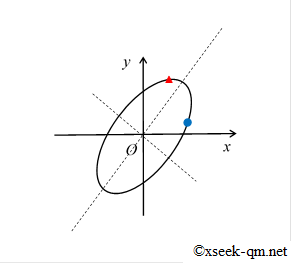 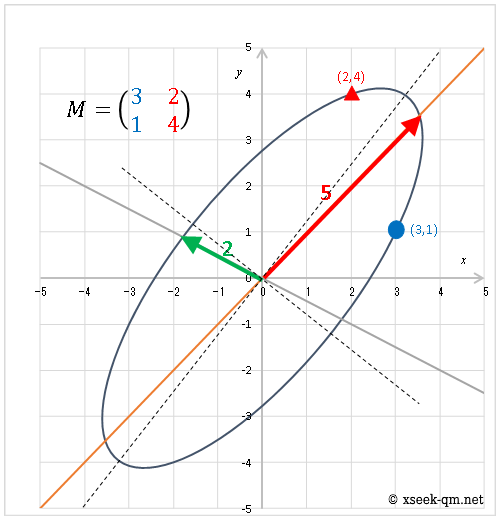 I think the singular value decomposition described at the end of the article is useful for understanding of a matrix. We are able to decompose a general matrix to right rotation, horizontal expansion, vertical expansion, and left rotation.

We are able to observe a matrix visually if we interpret any matrix as an ellipse. I think that the benefit of visualizing an invisible matrix is big.

We are able to deny the existence of a certain number with proof by contradiction. For example, we express it as follows.

"If we assume the existence of a certain number, and contradiction occurs, the number does not exist."

We show the contraposition of the proof by contradiction.

"If a certain number exists, contradiction does not occur by assuming the existence of the number."

Sensuously, the square of a number cannot become -1. Therefore, it is incomprehensible. Why will it be against our sense like this?

There is the one method of reducing the feeling of being incomprehensible. It is a method to interpret an imaginary number as "an abbreviation of rotation unit matrix".

The name of imaginary numbers

We may interpret the integer as "the position of the object." We may interpret the real number as "the length of the object." We can call them "a number" by expanding the meaning of the word "number". But the imaginary number is different. We should not call it "a number" any longer. We should call it transformation. I would like to propose a new name of the imaginary number rotational transformation unit or shortly rotational unit.

Teaching method of an imaginary number

An imaginary number is being told as follows by a textbook at present.

We call the number that the square becomes -1 an imaginary unit.

An ordinary person should think "Such number doesn't exist!" Then, how about teaching it as follows?

I regard a name as very important. Even if the name was not exact mathematically, if we give a comprehensible name to the mathematical concept I suppose that favorite people of mathematics increase.