The event theory is the theory, that describes how the time flows by the concept of the elementary events.

I explain the contents of the theory by the following five papers.

The following 3 articles help us to understand the above papers.

The first idea is written in the following paper.

The great majority of people, who visited this page, might not be able to understand the sentence of the papers because there are many mistakes in the papers.

However, since you have visited this page with much effort, I would like to inform you of the image of this theory at least 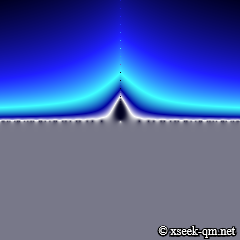 Graph of the zeta function

The flow of time

In the literary, I think that we can express it as follows.
"Everything began from the existence probability zero."

The song called "The Intense Singing of Hatsune Miku" has a passage of lyrics such as the following.

The 0 in the lyrics seemed to me, "The existence probability 0."
It is the following interpretation.

This music is a track of the following music album of cosMo@Bousou P.

Can I ask a favor of you who visited this page?

Finally --- ,I would like to inform you of the words of thanks to the person who visited this page. Thank you all!